Even though none of us expect much good of this year after 2020 qualified for one of the worst years ever, luckily, the same cannot be applied to the world of wristwatches. But even in the world around us, 2021 still brings hope – and joy, at least for the watch enthusiasts, as this year also marks the 140th anniversary of the birth of Seiko. As long-time fans of this remarkable brand, we’ve secretly hoped for an anniversary surprise but couldn’t really pinpoint what could it be until the official announcement, as Seiko’s history is as deep as you can dig, but we knew it will be the re-release of one of the legendary models. And for this legendary occasion, they’ve decided to re-create the famous King Seiko 44KS officially released in 1965. But let’s first see where the original model comes from.

The 1960s were grand for Seiko, in the literal sense of the word, as the first Grand Seiko was introduced in 1960. A year after, Seiko introduced the King Seiko line, which again showcased the company’s ability to produce mechanical watches with extraordinary accuracy for the time. This is known as an extraordinary and rare rivalry under the same brand, as the Grand Seiko was produced in Suwa factory and King Seiko in Daini. The two factories didn’t share knowledge and progress with each other and yet both managed to produce extraordinary timepieces. The design of the first King Seiko followed the interior mechanism, by being worthy of a king. The original King Seiko 44KS was produced from 1964 to 1968. What powered the original King Seiko KSK was movement 44A with 25 jewels and manual winding, ticking at 18,000 bph. While still not being counted into high-beat movements, its accuracy went through the roof at the time and its design captivated the minds of watch lovers around the world. Even now, the original King Seiko 44KS is one of the favorites among vintage watch lovers. The magnificently looking mechanism is packed into a 36x43.3 mm case, with 19 mm lugs, shaped by the famous Taro Tanaka’s Grammar of design. The watch features a classic Seiko dial in silver color with a sunburst finish. No wonder it still charms.

The re-created King Seiko - King Seiko KSK SJE083 adapts to its time; hence it has several improvements in terms of both mechanism and design. While the original King Seiko is famous for its smooth contours, the young fella gives a more striking look with its sharper edges and flat surfaces Zaratsu polished to the astonishing mirror finish. The case is fortified with a layer of super-hard coating which protects this handsome boy from scratches. By the look of this watch, you can immediately conclude that the re-creation of this watch managed to bring and elevate the elegance of its roots. The case back features the same “King Seiko” emblem as the King Seiko 44KS, along with the serial number as this magnificent timepiece is produced as a limited edition. The mechanism is packed in a 38.1 x 11.4mm case and has a water resistance of 50 m indicated with a small “w” on the crown. Along with the watch comes a crocodile watch strap with vintage Seiko buckle (the original watch used the KS signed buckles in the 60s).

The re-release, known as the King Seiko KSK SJE083 is available from January 2021. While there are still online markets where you can get the original for a fair price, in case you want one new King Seiko KSK to shine on your wrist, you better hurry up as it is produced in 3000 pieces only and there are no indications the line will be continued. The price of the new King Seiko is around $3,300 and it is sold only through designated Seiko boutiques and shops.

Hi Jason,
Thank you for the comment, however, we don’t have a plan for it. Sorry for disappointing you 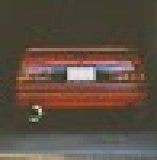 If you can make a bracelet for these things 😍🙏 Seiko caliber 8L35 - made to stand the tests of time